Brief update: our recent post on facebook regarding the arnona issue (Your annual S.O.S) got the attention of someone that works with the municipality engineering dept.
She said they’d like to help us. This is actually her job - to conserve the cohesion of communities.
She will come to visit on Sunday

i will ask her. invited her to this forum too

I welcome @hamecarer to our thread.
We have a contact in the irya that might be relavent to you too.

When are you meeting with your fellow artist next week ? 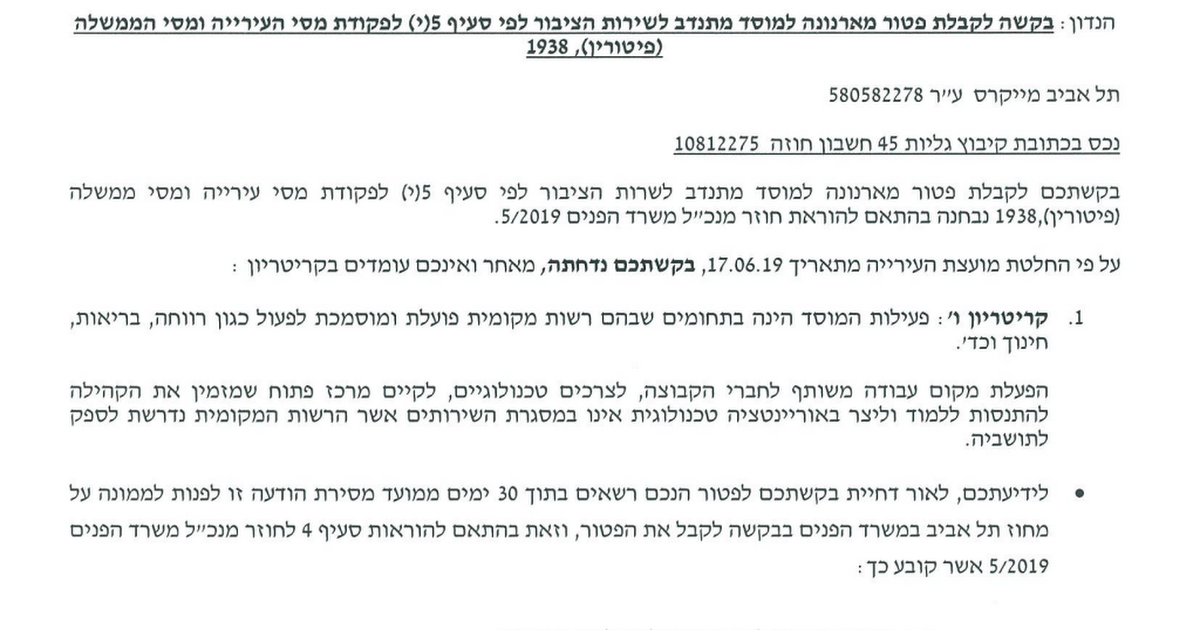 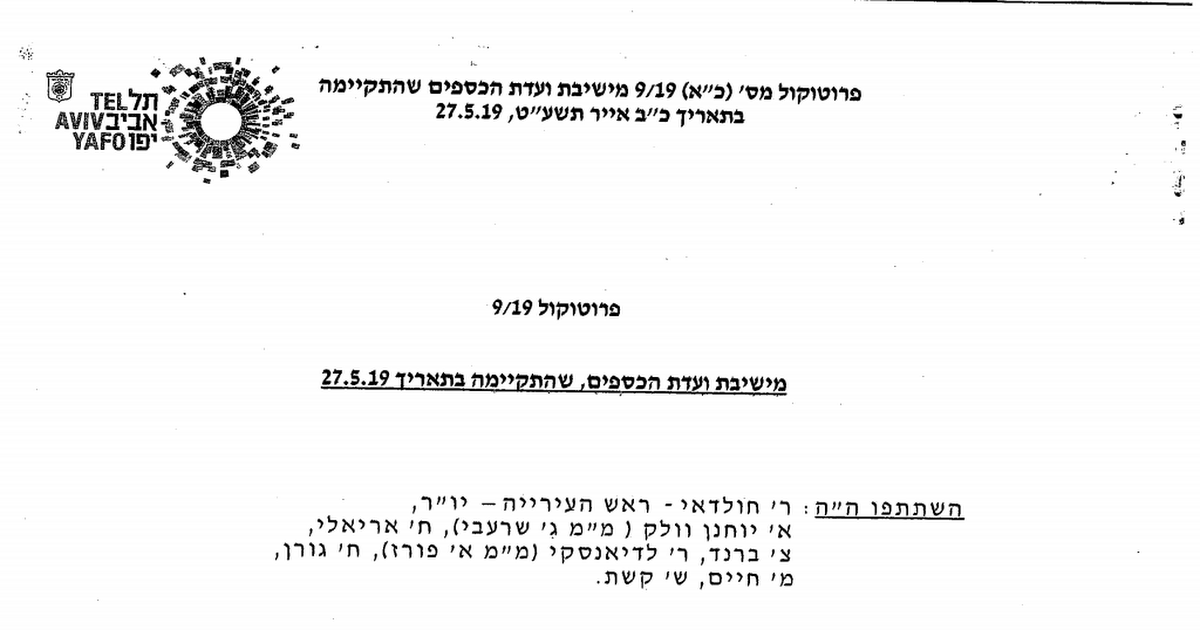 Following our SOS( Your annual S.O.S ) , a lot of people have been asking if they can help TAMI in creative ways

In many of these cases, information about TAMI is required to forward to someone who doesn’t know TAMI.
Specifically regarding our struggle to get recognition from the Arnona for Mosad Mitnadev we collated all the information - feel free to use it and distribute, and feedback is more than welcome!
P.S. Most of the information is in Hebrew - if you can contribute translation , please do!

hmm. No, entirely not. I can call you later after I’m back home, say 8 pm?

It was directed to @_AS

Work for the city? Leading communities? Socially involved? The Tel Aviv-Jaffa Municipality would like to thank you for a special evening dedicated to activism and engagement!
In the program: Lectures, workshops, meetings with city officials at eye level and most importantly - connections of active residents from all over the city! All content will take place at the Bialik Square complex: the City Hall, the Bialik House, the Lovling House - the White City Center and the LGBT temporary center building.

Think we can hold on this until we get an answer from misrad hapnim, focus on other tasks for now

Some updates are due :

Intro: consultant works with TA Muni Engineering Dept on conservation of communities that strengthen the urban fabric, saw our SOS and decided to help.

~“TAMI is the sort of urban community the dept. consultant works with would like to see existing”~
Meeting was part interviewing & getting to know TAMI as part of a larger scale research on such communities ,part brainstorming with tips to consider.
All the information TAMI provided was passed on (Arnona round 3 - focus group for artists and makers of Tel Aviv) to Engineering dept.

It would seem that despite a lot of other depts. with good will in the municipality, the Arnona dept, as the Muni’s primary “bread-bringer” has a near-god status.
Impression we got is that TAMI got under the consultant’s skin .

Here are notes and tips from the brainstorm:

Call summary with Arnona official
TLDR: Arnona direction is probably not worth our time (at least not in the city of Tel Aviv).
Tagline(s): We gotta tool up & we cannot solve our problems with the same thinking we used when we created them).

The conversation with Kfir is encouraging, did he give any examples of what they are able to do with other communities? I would love to send him and email and try and understand what kind of projects we can do together and start a discussion about it

Regarding the Arnona, It is disappointing and with that in mind I think we should steer clear of the dept. especially considering that dealing with licensing issues is a possible death sentence, way more dangerous than running out of money.

IMO we should resolve the Arnona topic as is and turn our attention to positive fights that give us energy and inspiration to create and make TAMI even more epic!

There was an example of a non-profit called BINA that got a building not far from TAMI. near the botanical gardens. Heschel center used to share the space with them but they expanded

take into account that getting such locations through official means is a very slow process.
the above sentence ( cough cough) is begging for some dimensional analysis / S.I.T.

i’m just one of the members, not the Consultant.

let’s join the flying jam monster church, and maybe they will take us seriously.

Update: incoming communication from Mosad Mitnadev !
Arrived from Ministry of Interior, they got our plea on the 18th of July 2019 and expect an answer within 10days